The Secrets of growing your Online Store!

Get the insights: If you want to know what's really working vs. what's not. 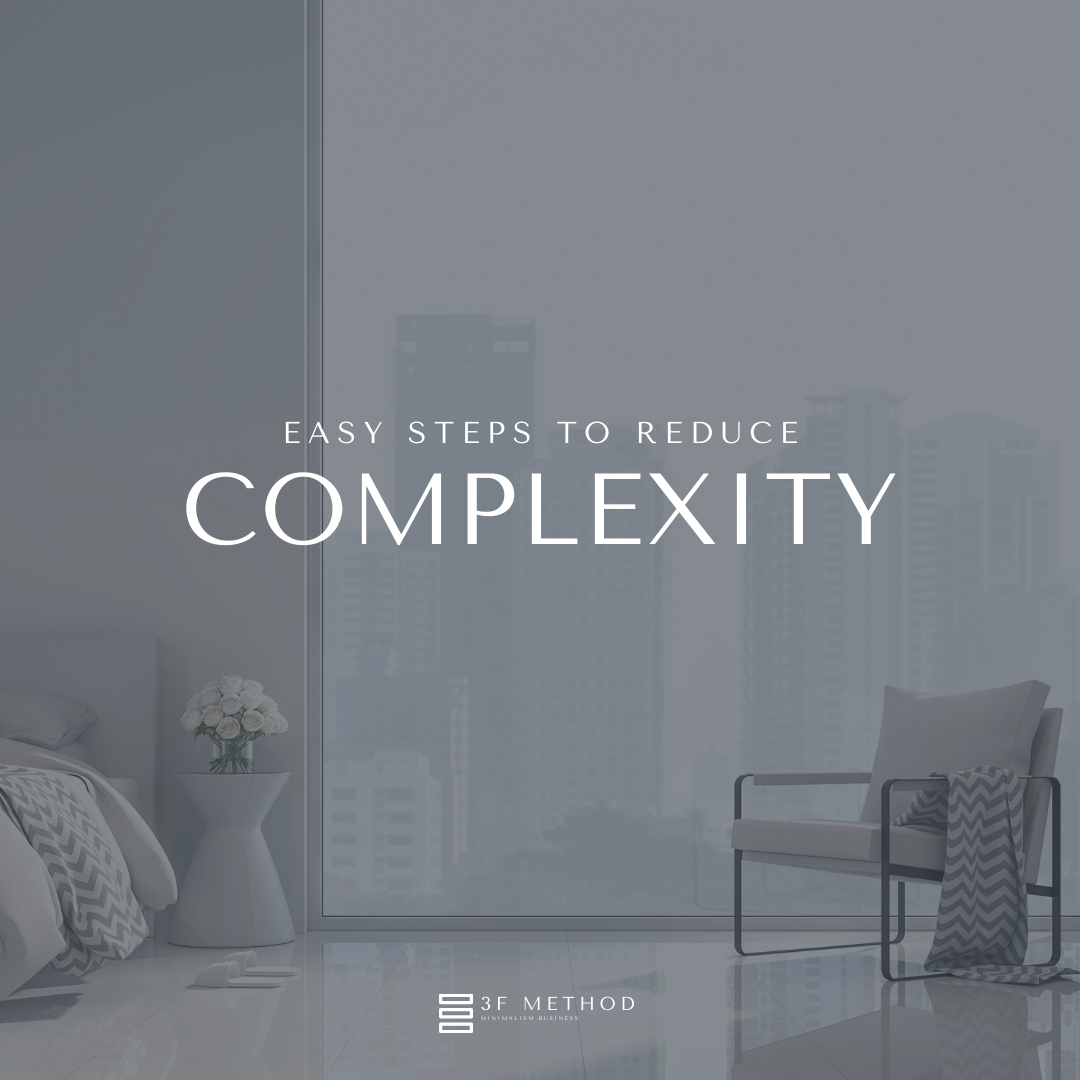 Ask any successful ecommerce entrepreneur what has been the #1 KEY to speed up their success, and they’ll almost definitely tell you the same thing: Reduce the complexity!
You probably know that…
But where do you start?
And how do you know you’ve got complexity in your biz?
Lets begin with the definition of the word complexity.
Think of your own life for a moment and some real challenging situation that you faced.
Those situations where everything suddenly seemed too much, searching for the next step to take, maybe even feeling stuck between two decisions.
Just pick one and remember how you felt back then.
Now, when things are complex we always need more time to understand what’s going on, we always need more time because we have to think harder to figure things out.
This is what complexity does… it slows you down.
You need extra time for making decisions, you need extra effort, you need extra thinking to make sure things go right.
And in a worst case scenario, complexity stops you from doing anything because it’s simply overwhelming.
So we want to make things less complex, right?
We want to reduce the complexity in your business so you can move on and speed up your success.
Start by reading through the top 3 essentials every successful ecommerce entrepreneur pays attention to.

Let me share a story.
It’s called “The art of chasing 2 rabbits”
Imagine you’re walking in the forest and you see two rabbits at once and you begin running after them. You’re fascinated by how fun this little game is.
Now the two rabbits split their directions.
What do you do?
Hunting one rabbit is difficult. But two, going in different directions?
You probably know the cliche of this story.
If you’re trying to catch two rabbits, you’ll catch none.
Doing more than one thing at the time, you’re not going to be great at either one of them.
And that’s what focus is all about.
When you have a clear outcome, one clear direction it’ll make it a lot easier to see where the finishing line is.
If you do two things at the same time, what’s the finishing line?
You cannot make it to two finishing lines at the same time.
Start by focussing on one thing.
One. Not one and a half, not three, not ten.
Just one.
Look at Roger Federer. Have you ever seen him doing something else then playing tennis? Probably not.
What about Kevin Durant, the best basketball player in the world, or Tiger Woods, best golf player.
They’re great because they focus on one core activity.
You cannot be great at playing golf and being a basketball player at the same time.
Now, this doesn’t mean you cannot have multiple interests.
Of course you can.
But you just cannot succeed by doing more at the same time.
You’ll be good but never great.
Being good is not the worst thing in the world, but there’s a much, much bigger opportunity in being great.
Being great is the ultimate skill.
Focussing on one thing will make it easier for you to see the finishing line.
One clear direction.
One outcome.

I know we’re having a tough-love conversation going on here.
Best friends have tough-love conversation… and sometimes it’s just good to be really honest.
Now, I want you to be honest with yourself and analyze all the elements in your business and define what really matters to your success and what simply doesn’t.
Here’s what you need to do.
Start by making your YAGNI list to remove some of the complexity.
It’s your “You Ain’t Gonna Need It” list.
Write everything down and remove all that stuff that’s nice to have but has no influence on your success.
You’ve got to eliminate the non-essentials from your biz. Let it go, pause them, put them on hold until you’ll get more people on your team.
You don’t want to give yourself 10, 20 or 30 things to do.
Because every time you introduce a new moving part in your biz, you start thinking again.
Remember what complexity does? It slows you down.
You need the extra time for making decisions and the extra thinking to make sure things go right.
So, if these elements on your YAGNI list play no role to your success and are just nice to have, let them go.
The more moving parts you have in your biz, the more you have to pay attention to, the harder it is to execute those elements.
By managing all the non-essentials by yourself, you’ll sooner or later run out of brain power or run out of time. Either of them.
Eliminating non-essentials is hard work and it’s far easier to say “yes” to everything.
However, if you want your business to grow, you’ve gotta do some trimming and then execute on what’s left by focussing on these essential parts.

What’s the Idiot-Experiment ?
You have to make your goals and processes easy enough that an idiot can understand.
Let’s take Trump as an example. I’m not a Trump fan, but he knows how to talk to his crowd.
If you look at his talks, his delivery is dead simple.
When he explains something, he simplifies it to absurdity. He takes complex ideas and just boils them down to one stupid simple soundbite.
To reduce the complexity out of your business you have to force yourself to make your goals and process simple.
They’ve got to be so simple even an idiot can understand.
If you can’t explain it in a way that’s really simple, you don’t understand it yourself.
Think of all the processes… when your customer places an order, your content management, your email marketing, the process
of increasing loyal customers.
Talk to a person who has nothing to do with your business, your industry and make him or her understand how your processes look like, what goals you have, in such a way they clearly understand what’s going on.
Explain what you do, why you do it and how you do it.
Your aim here is to make it simple.
And if they don’t get it, you’ve got too much complexity going on.
Then you’ve gotta fix it and clarify those processes again until they are simple and clear.

There you have it, my fellow heart-centered entrepreneur! Three essentials to reduce the complexity in your ecommerce business:

Ready to put these principles into practice?
Realize what’s getting in the way of your success, step into your potential and accomplish the unexpected.
If you need any help, feel free to book a Clarity + Strategy Intensive.
You’ll gain crystal clarity and uncover your biggest opportunities for business growth right in front of you.
You’ll walk away with a simple plan for scaleable growth.